A Weekend With The Sun In The South Of France

For their first trip after the winter holidays, students visited four iconic cities in Provence, in the South of France. They started with the Palais des Papes in the city of Avignon, which was ranked by UNESCO as a world heritage site. During the 14th century, the administrative center of the Catholic Church was in Avignon, displaced from Rome, until it moved back to the Vatican in 1370. This impressive fortress-like structure still contains some murals and provides beautiful views from the high terraces.

The next morning, the group headed to the Pont du Gard, a Roman aqueduct that was built in the first century AD by the Romans to transport water from Uzès to Nîmes. It is the highest of the standing Roman aqueducts.

A guide allowed students to walk through the highest level, through the tunnel that conveyed the water. 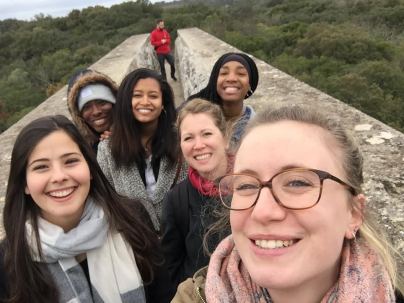 In the afternoon, they visited the town of Arles, which is also well known for its Roman arena and theatre.

The third and last destination was the city of Marseille on the French Riviera. The city is the second biggest in France after Paris, and it is famous for its historic harbour and the Quartier du Panier. The ‘Mistral’ wind blew over Marseille but the sun was shining all day. 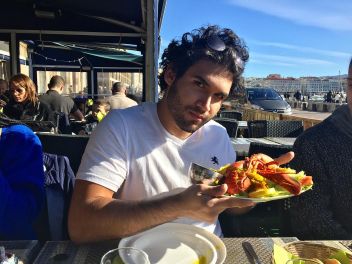 Students enjoying the seaside and Ram Franqui (Hamilton ’19) tries the ‘Bouillabaisse’ soup, a typical dish in the region.

Watch the video of the weekend here: