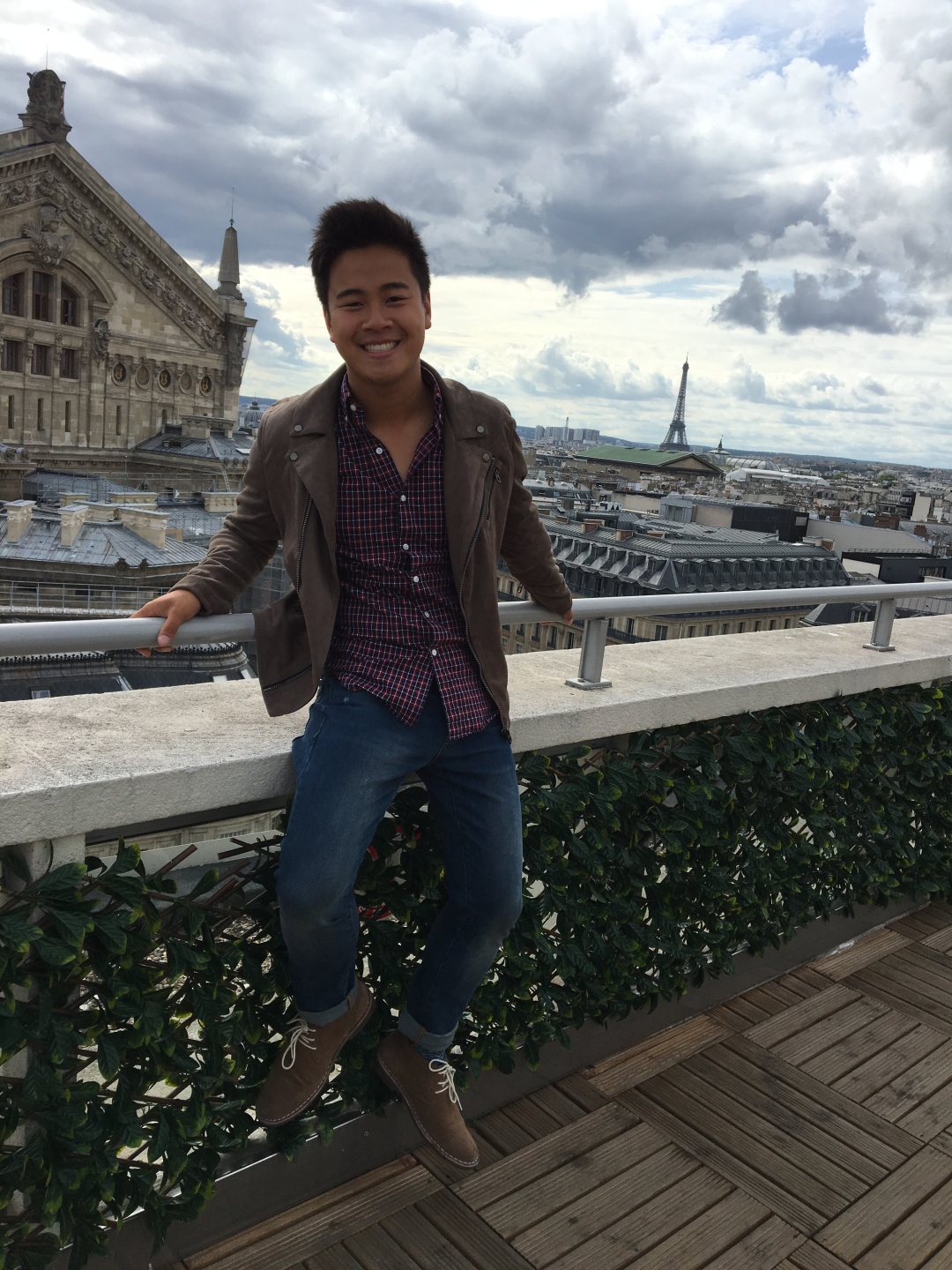 Chapter I – by Alan Yeh

In the months leading up to the beginning of the Hamilton in France program, I had been worrying almost nonstop. My French was rusty and I knew that I was going to feel like my brain was melting during the first few weeks. I was right. Once we arrived in Biarritz, I felt a strange mix of emotions: I was overwhelmed, yet excited; I was already homesick, yet restless to explore and immerse myself in my new home on this side of the Atlantic.

Our orientation in Biarritz was a comfortable transition to French immersion. People spoke (relatively) slowly, our classes helped ease us into French academic work, and we knew that all of us – students from Hamilton, Amherst, Bowdoin, Colby, Scripps, and Williams – were in this brain-melting situation together. The relaxing days at the beach helped too. Staying in Biarritz also provided us with the opportunity to learn about cultures beyond the Parisian lives awaiting us, especially with our group trips to Bayonne, Bilbao, and other parts of the Basque Country.

Biarritz felt like paradise, and I knew that so much was going to change once we got to Paris. I was so nervous on the way from Biarritz to Paris that I actually started crying on the plane. My unease with it all soon disappeared, however, when my Parisian host-dad took me around Paris on his motorcycle to get all of the typical touristic stuff out of the way: The Eiffel Tower, Notre Dame, Place de la Vendome, The Louvre, etc. As I stood on Pont Marie with a cup of Berthillon ice cream and Notre Dame in plain sight, all of my nerves subsided. I couldn’t believe that this was my life now.

We arrived in France a little over a month ago, but my French has already significantly improved in the short time that I’ve been here. I’m speaking more quickly and with less hesitations (or at least, more French-sounding hesitations like “en fait” and “euh”), I’m comprehending more of what people are saying, and I’m able to order at restaurants without too much stress. Every now and then, I do feel overwhelmed. Being in a huge city like Paris is exhausting, that’s for sure. It’s getting better, though, and I’m feeling more and more habituated every day.

Hamilton classes at Reid Hall and Hamilton-Middlebury-Smith consortium classes started a couple of weeks ago and my literature class at Université Sorbonne Nouvelle – Paris 3 began just last week. Other students are enrolled at Université Paris Diderot – Paris 7, Institut Catholique, and École du Louvre. We don’t see each other all the time anymore like we did in Biarritz, but it’s nice to catch up during the weekends over dinner or on mini-trips to the many museums and historical sites in Paris. I’ll be here for nine months and every day offers a new adventure to learn and to grow.

“The ‘Économie Descriptive’ course allowed me to study economics through the French perspective and understand
the main structural and institutional differences with the United States.”

My favorite part of the internship at the Secours Populaire was the two weeks I spent at Rue Montcalm, their
food pantry. In the morning I stocked shelves in the basement, where they keep meticulous
track of every single food/toiletry item they have. […] They provide lunch there
and everyone eats together in the kitchen, which was a really wholesome and uniquely French
experience. In the afternoons they open for business, and I helped hand out a full shopping
cart’s worth of products to everyone who came through.”

“I was pleasantly surprised when I found out that my ‘Emancipation of Women’ class covered not only French literature and art, but also one of my favorite topics, women in science. We read about the history of women in medicine, including Marie Curie, who lived in Paris. When my professor presented us with an open- ended final project for the class, I chose to research and write about Marie Curie.”